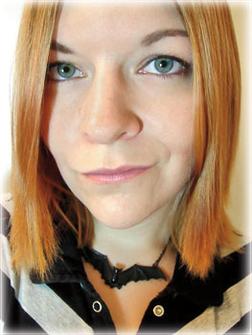 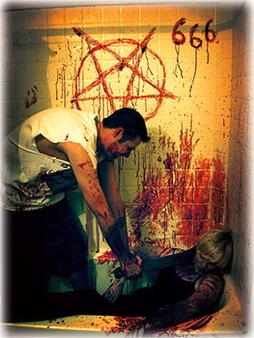 KiLL!: Born and raised in Arizona, KiLL! started making toys around late 2005. His first vinyl figure was the GODAMNIT, which came out in 2007, and was later followed by other vinyl creations: Lil’ Hedo, Flatwoods, Dumplin-San/Skeedo, Tentapuss, and Kaibutsu No Neko. He also has produced two plush, and well over 100 resin figures in his lifetime. KiLL! has had his works displayed in galleries across the US: Rotofugi, Dragatomi, Super7, Toy Art Gallery, Synthetic Compound, Red Hot Robot, Lulubell Toy Bodega, and KAIJUX3, to name a few. He is currently writing a comic book with Virva Peikko.

Virva Peikko was born in Wisconsin, grew up in New Jersey and Pennsylvania, and found herself a resident of Phoenix, Arizona, in 2002. She has been drawing since she could hold a pencil, and she got her Bachelor’s Degree in Art from Arizona State University in 2013. She has had her illustrations published in several anthologies, such as Pacific Review’s “Strangely Ever After”, and has had some of her work displayed in Lulubell Toy Bodega and the Tempe Center for the Arts. She is currently working with KiLL! on various projects, producing backer card and header card artwork for him, as well as collaborating on fiberglass sculptures and comic books with him. In her spare time she writes short stories that she hopes to one day have published.